Neutral Buoyancy Lab: The Stuff Astronauts are Made Of 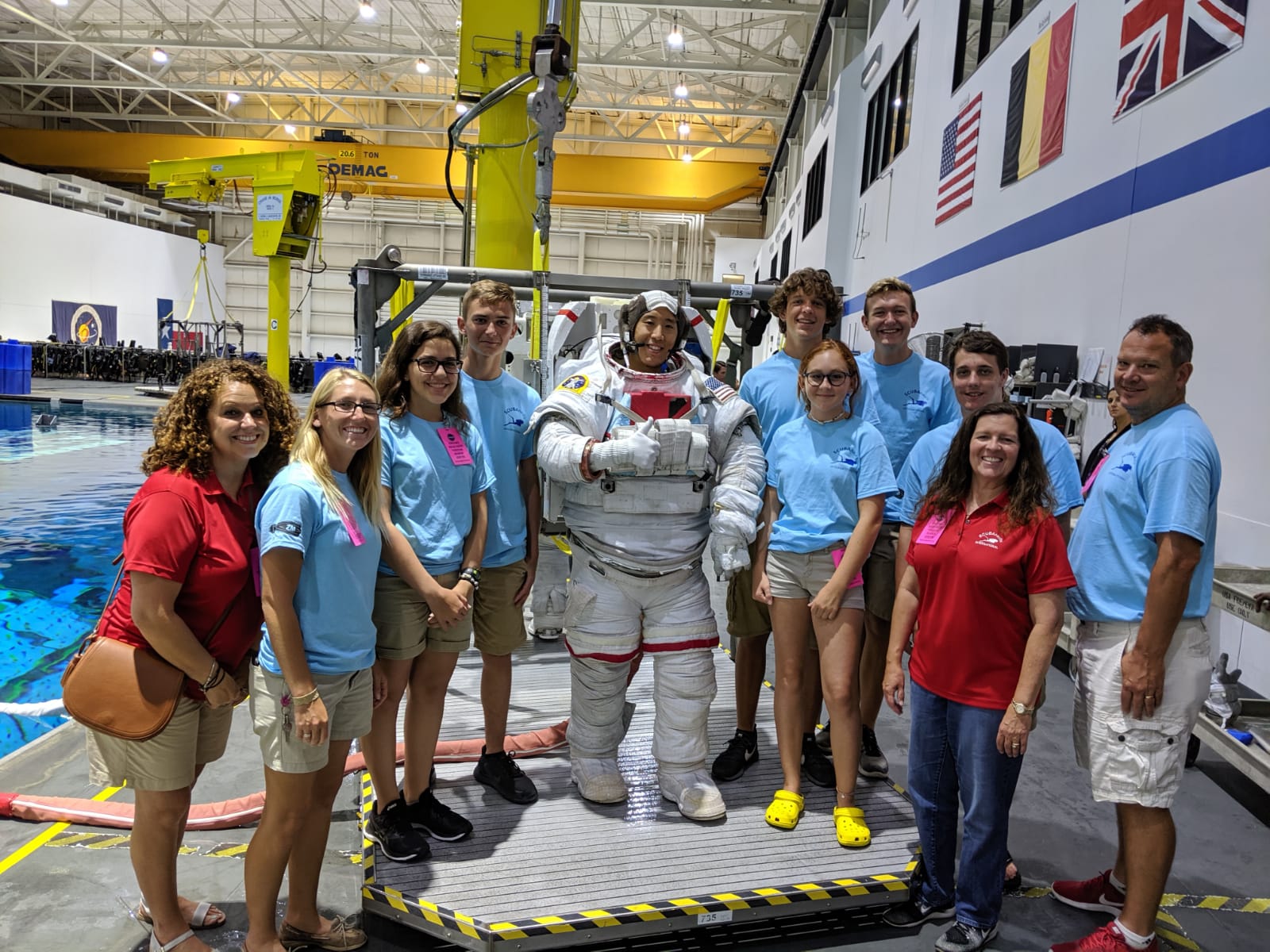 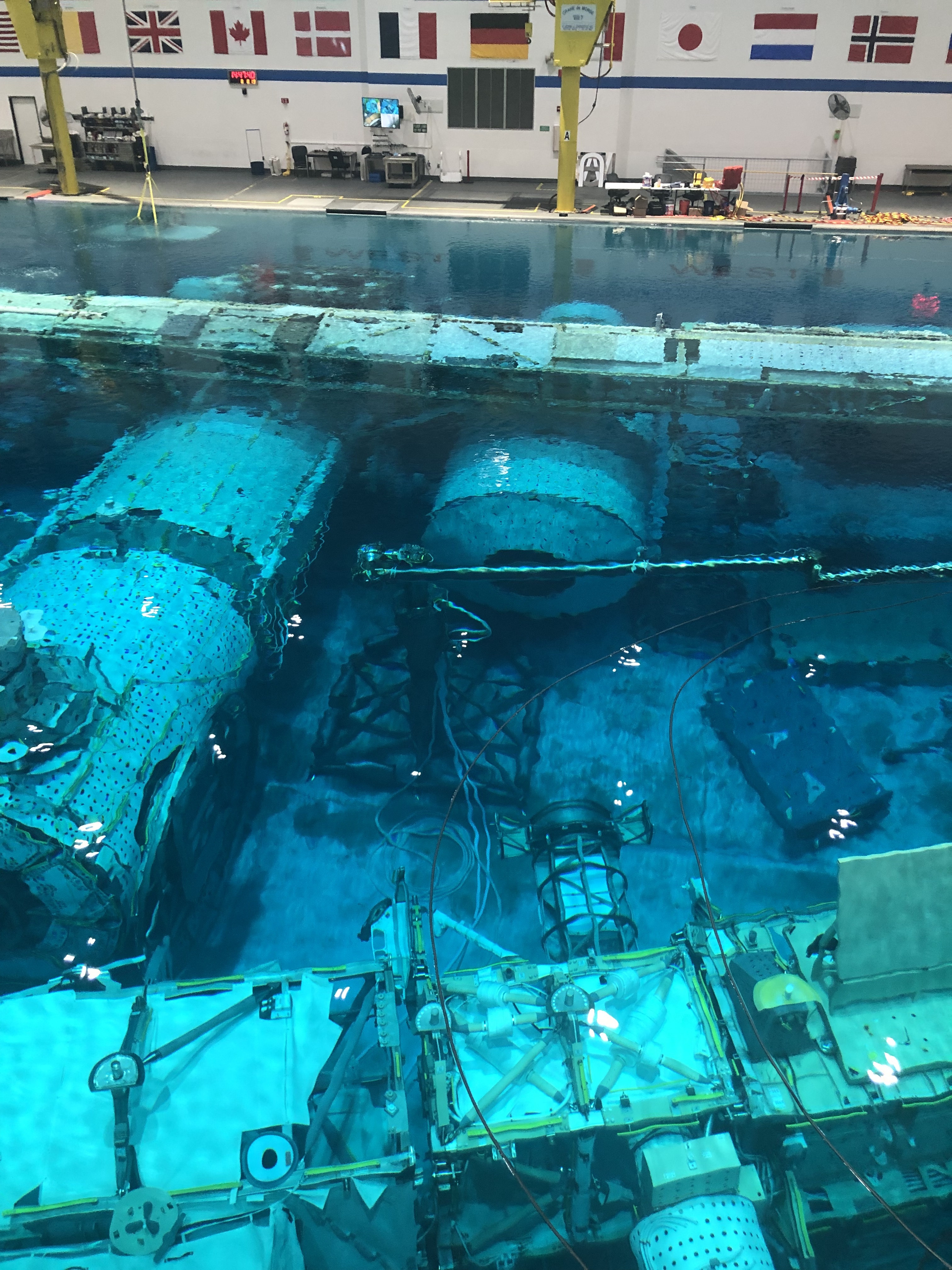 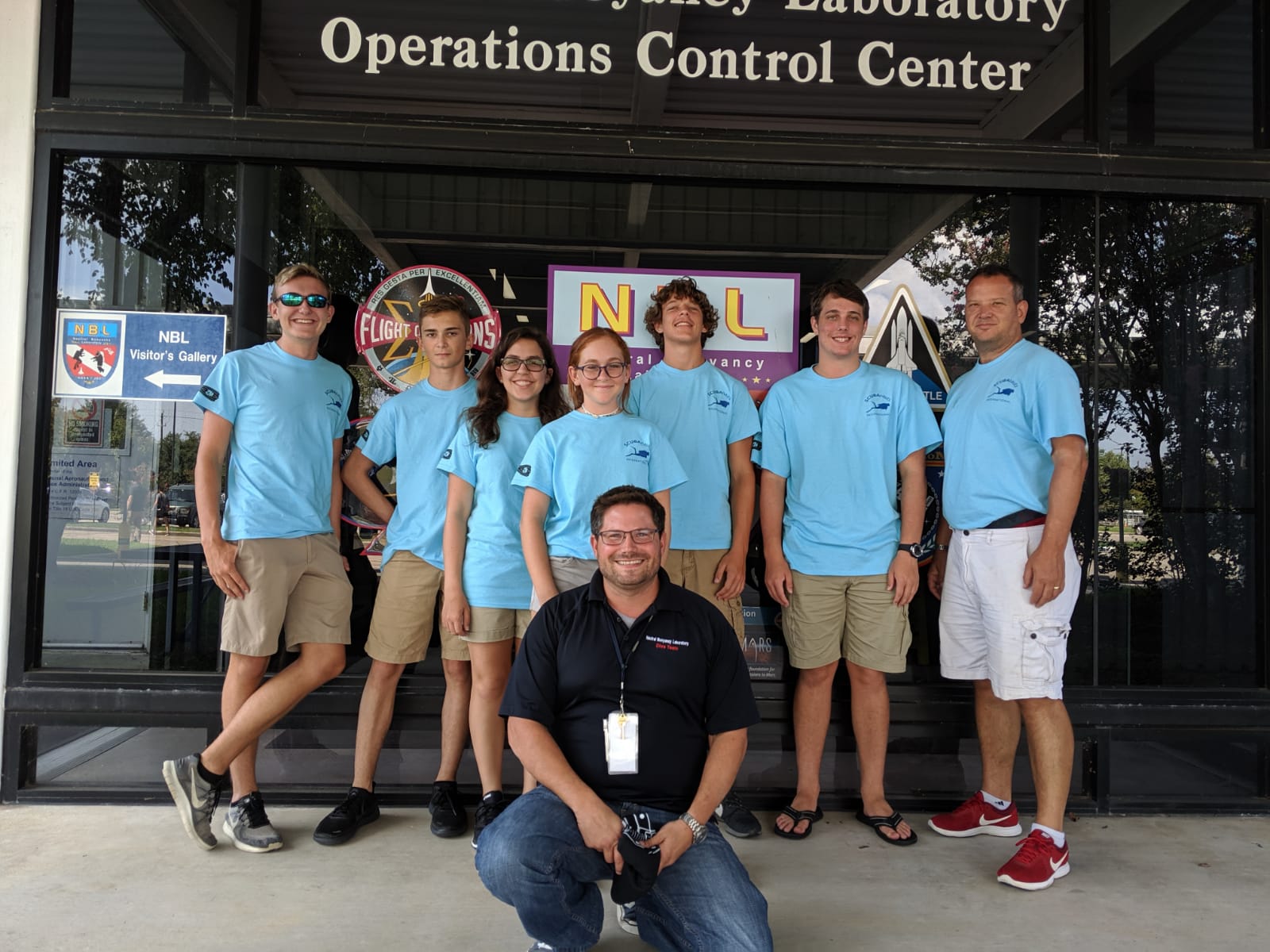 On August 8th, while in Texas for the Flower Garden Banks National Marine Sanctuary dive trip, SCUBAnauts International experienced a once-in-a-lifetime opportunity to visit NASA’s Neutral Buoyancy Lab in Houston. Astronauts train for the tasks they must complete in space at this lab. We received a fantastic tour by Craig Shannon, Dive Operations Manager of the Neutral Buoyancy Lab. He showed us around the entire complex, and we received an inside look at the equipment the divers and astronauts use for training.

Does It Sink or Float? Neither!

Our first stop on the tour was the pool. This pool is not an ordinary swimming pool. The pool itself is 202 feet long by 102 feet wide and 40 feet deep. It also has a life-size replica of the International Space Station submerged beneath the surface. This pool is where astronauts train to do specific tasks they must perform in space. As divers, neutral buoyancy means we can hover in a water column without sinking or rising to the surface. When performing science underwater, this skill is crucial to preserve the life you’re studying. For astronauts, the idea is that the pool can help to simulate the weightlessness an astronaut will experience once out of earth’s atmosphere.

On the pool deck, a multi-screen computer system was set-up with a multitude of camera views showing what was going on beneath the surface. We also visited one of the mission control rooms, where mission control watches over the divers and astronauts to make sure everything is running smoothly. The control room consists of about 20 television screens all displaying different views of the pool, including the body cams of each diver. In one of these rooms we also tried on virtual reality headsets that had tours of the facility and a video of the astronauts working in the pool.

One of the coolest parts of the tour was that the Neutral Buoyancy Lab actually had an astronaut candidate training the day we went. After their training, we all watched as the land crew lifted the two astronauts out of the pool and set them down on the pool deck. Even after being underwater for seven or eight hours, the astronauts were willing to take photos with all of the tour groups. Our picture was with Jonny Kim, former Navy Seal and one of NASA’s astronaut candidates!

After our photo opportunities, we saw the rooms where they fill and visually inspect (VIP) SCUBA tanks. It’s impressive because the facility has so many tanks to fill and VIP by hand.Our guide also showed us one of Oceaneering’s Millennium ROVs they have on site, which was absolutely amazing. The ROV was about the size of a minivan and was a bright sunshine yellow. It was very cool to get a behind the scenes look at all that goes on to prepare an astronaut for space. The tour of the Neutral Buoyancy Lab was an incredible experience and a great way to wrap up our Texas trip.

Want to know more about our trip to Texas Flower Gardens? Read Jack or Evana’s blogs!