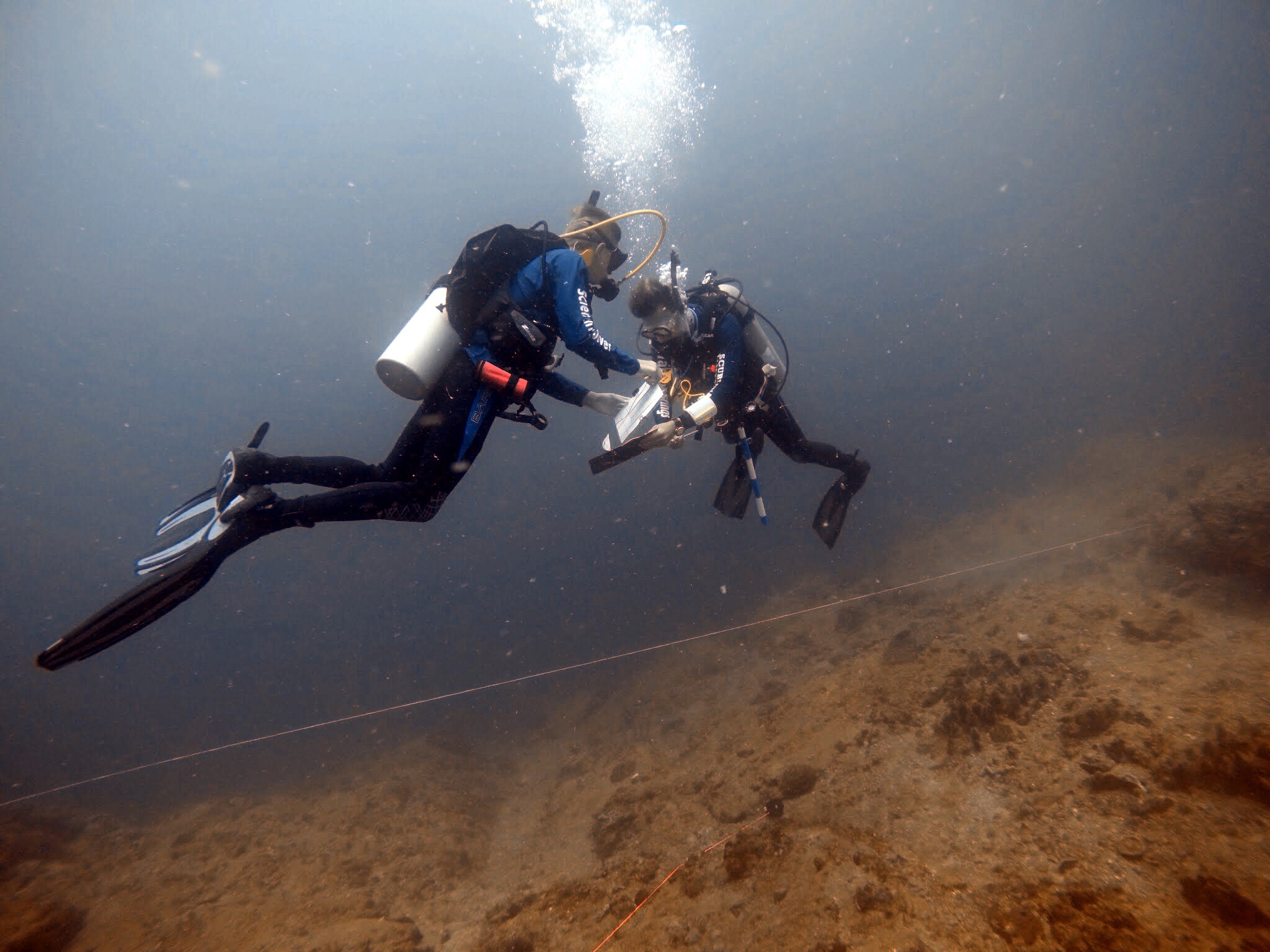 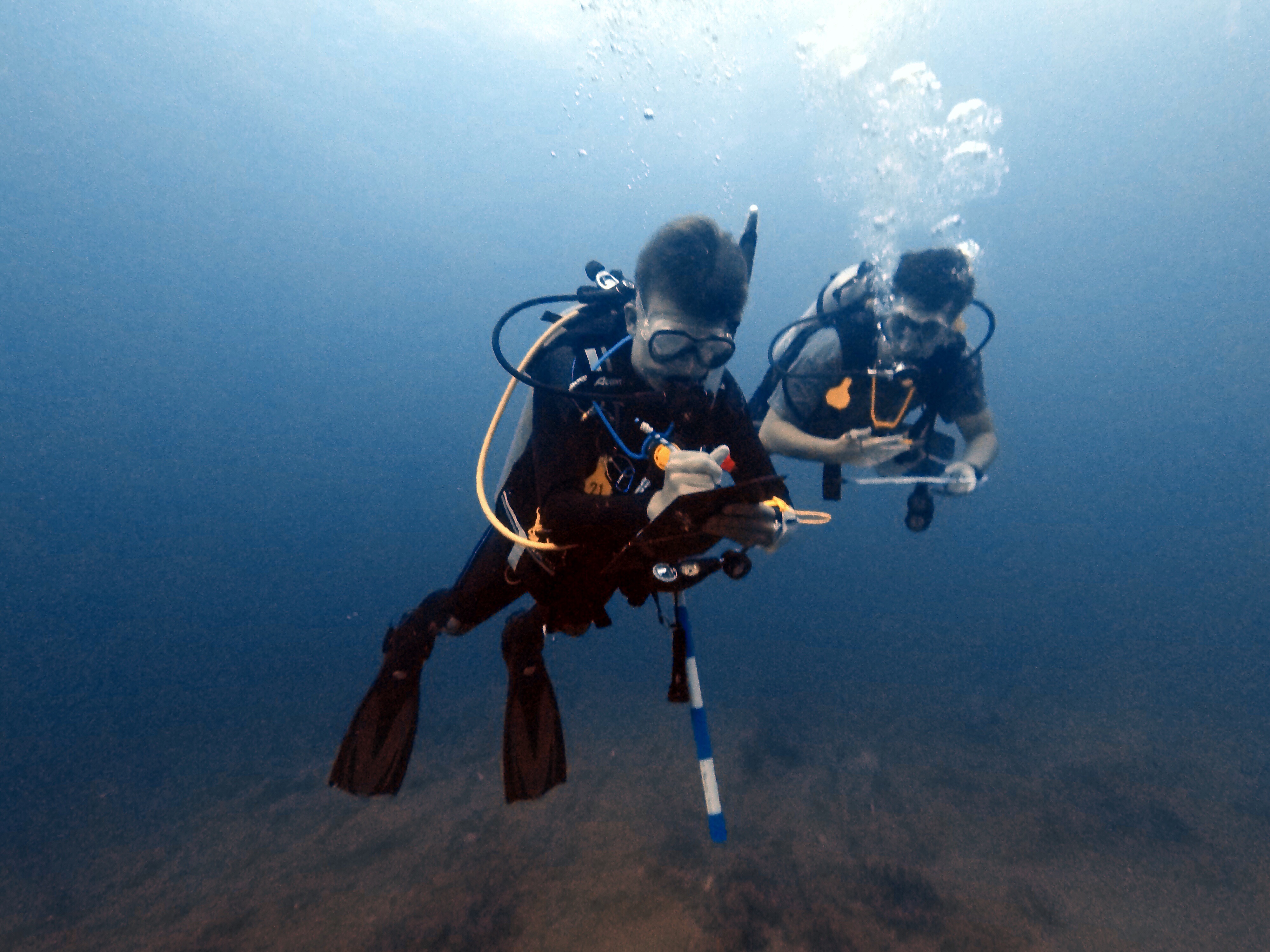 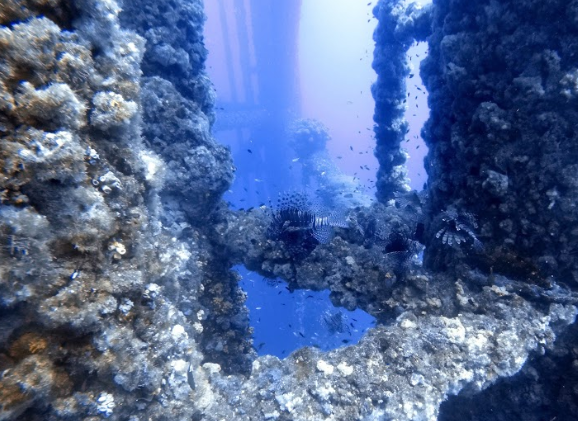 Lionfish Are the Science of the Week

Science is an important part of any SCUBAnauts International trip, but it was an especially integral part of the trip to the Flower Garden Banks National Marine Sanctuary (FGBNMS) this August. During the planning for this trip, SCUBAnauts asked the National Marine Sanctuaries Foundation how we could help them with their ongoing science projects. They suggested we help them with their ongoing lionfish removal survey projects.

Like many other places in the Caribbean, Gulf of Mexico, and the Atlantic, the Flower Gardens has been inundated by the invasive lionfish. The sanctuary program (run through NOAA) has sponsored many projects to remove these voracious predators from the reef, and most recently, they have been examining the effectiveness of the lionfish cullings completed in the months prior.

Our mission this trip was to supplement the sanctuary’s data with lionfish surveys as well as general fish surveys. These surveys were conducted following the sanctuary’s data collection protocol of 50m long belt transects, 20m wide for the lionfish, and 4m wide for the total fish surveys. Nauts worked in buddy teams of two to roll out reel lines in a cardinal direction (N, E, S, W) from the mooring line. One naut would then return to the mooring on a general fish survey, counting the size and abundance of all fish species seen within the boundaries of the transect. After 1 minute, the other naut would begin a lionfish survey, collecting data on both lionfish size, abundance, and activity, as well as predatory fish size and abundance. In total, we did 7 scientific dives and collected almost 20 transect data sets.

While the primary purpose of the data collection was to give to the sanctuary, we also used our data to come up with our own science projects. The data entry, analysis, and creation of the presentation were completed in less than 12 hours, in the time between getting out from our last dive, and going to sleep that night.

The second group looked at the composition of fish on the reef, specifically the relation between predatory fish and herbivorous prey fish. They focused on barracudas, groupers, jacks, and sharks for the predators, and chromis, damselfish, wrasses, and tangs for the prey fish. Similar to the first group, a severe lack of time and data limited the conclusions that could be made, but there were some interesting takeaways nonetheless. One of the coolest takeaways was the difference in the correlations at the oil rig platform and the flower garden banks. At the oil rig, there was a negative correlation, meaning that as the amount of predators increased, the amount of prey decreased. This may have been due to the large amount of pelagic species, and less small reef dwelling fish. On the flower garden banks, the correlation was positive, the more predators there were, the more prey there was for them to eat. This again is likely due to the composition of the reef.

After the completion of these projects, they were presented to the staff at Moody Gardens Aquarium in Galveston, Texas. It was really neat to be able to share our projects with an audience, talk about what we learned, and answer questions about the data we had collected. In addition, all of the data we collected will be entered into the sanctuary’s database to make better informed decisions in the future. In conclusion, this trip fulfilled the SNI mission statement: we learned new data collection techniques and drew conclusions from the data we collected, provided important information that can make a positive impact on the reefs of the Flower Gardens, and led projects and presentations as the next generation of marine scientists.

Interested in more about our trip to Flower Garden Banks? Read Trent’s Blog!