Twice a year, members of all six Florida chapters convene for Diving First Aid Training in 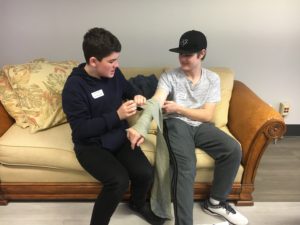 St Petersburg, FL. Nauts and parents participate in Divers Alert Network’s Diving First Aid for Professional Divers course which covers CPR, neurological assessment, emergency oxygen administration, and first aid for hazardous marine life. Training in these lifesaving skills is a requirement for all SCUBAnauts members as well as for certification as a Scientific Diver through the American Academy of Underwater Sciences (AAUS). First year attendees also participate in additional AAUS academic training including topics like physics, physiology and dive tables.

Here’s what Naut-in-Training Destin S. from St Petersburg has to say about his first SCUBAnauts experience:

“More or less, the experience I had during that weekend was far beyond satisfactory.
I personally enjoyed the way the administrators opened up and I, as well as many other participants, were able to connect to the leaders of the program. I feel strongly that SCUBAnauts tried their hardest to gauge my personal knowledge with several tests and a Q&A style lecture, of sorts. While the location was initially difficult to locate, minor issues as such became superficial once I was greeted with a smile, and I must say that I have become quite smitten with the program and those in it thus far. 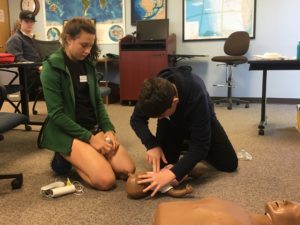 It was not long before I witnessed firsthand the far reach SCUBAnauts has, and the diversity of the members only brings us closer. Truly, SCUBAnauts has seen that both teamwork and companionship between members are the pathways to cleaner oceans, safer animals, and overall, a better world. This program’s awareness and productive actions against common misconceptions held by many teens in this generation draws me ever closer to supporting them, and letting them support me. Notions of the like are only supported by their rotational directive of learning, covering topics many teenagers haven’t even heard of, let alone be proficient in. Still, the knowledge gap presents no issue in terms of social interactivity. I could even go farther, saying that the knowledge gap faced produces a stronger sense of self, as well as reinforcing respect for those above you.
There is a certain inexplicable bond formed between protege and teacher that surpasses loyalty and friendship- a bond that is only below filial and sibling bonds, a bond that makes you want to “follow” someone, in what they say or do. It’s this bond that’s the biggest reason, and largest contributor, to my earnest feelings toward SCUBAnauts International, and one of the several reasons I will pursue a career in Marine Biology, backed by them, every step of the way.”
— By: Destin S., St Petersburg Naut-in-Training