Nauts Build Artificial Reef to Deploy in Gulf of Mexico 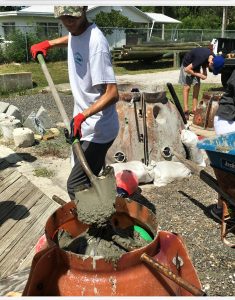 Blaine shovels concrete mixture into one of the reef ball molds

On September 24, 2017, SCUBAnauts partnered up with Hernando County to construct reef balls. Reef balls are man-made structures that are commonly used to build artificial reefs. We made four reef balls that varied in size. Even though they were different sizes, the process in which we created them remained the same. First, we filled the reef ball molds with inflatable balls and buoys. Not only does this help keep the mold in shape, but it will lead to the holes in the center of the finished product.  After the inflatables are in place and secure, the next step is fairly simple: fill the molds with concrete.  It’s a lot of work and takes a long time, but it’s worth it in the end.  After about 24 hours, the molds are ready to be removed from the reef balls allowing them to fully cure and be deployed into the Gulf of Mexico off the coast of Hernando County. 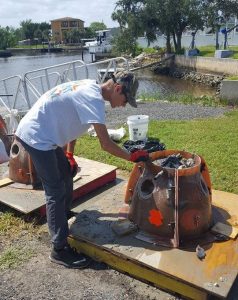 This project was rigorous and required a lot of hard work in the scorching Florida sun, but it was also a lot of fun.  All of the Nauts had fun while working hard at the same time.  I, for one, was rather curious about how the concrete structures were made.  I would’ve never guessed that buoys were used to create the holes seen in reef balls. I also couldn’t believe how heavy the reef balls were!  All-in-all, the Scubanauts had a successful day working with Hernando County personnel creating reef balls.  I am beyond excited to be able to witness new life flourish in our creations, and can’t wait to see what new inhabitants will make our reef balls their home!

** Edit: the four reef balls built by SCUBAnauts International were deployed in the Gulf of Mexico in November, including one engraved with a dedication plaque. 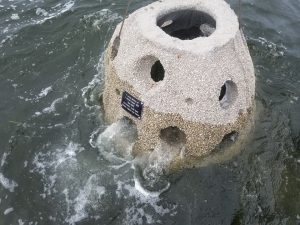 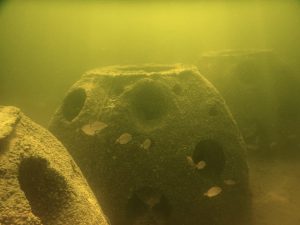