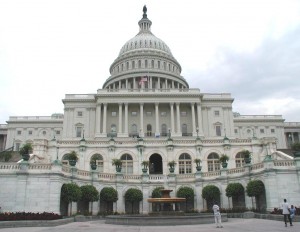 The SCUBAnauts took over Washington D.C. while visiting for Capitol Hill Ocean Week! The first night of the trip was spent conversing with Craig McLean of NOAA Office of Oceanic and Atmospheric Research, as well as with Dr. Jane Lubcheno, the 1st Woman and 1st Diver Administrator of NOAA. The National Marine Sanctuary Foundation (NMSF) Leadership Awards Dinner followed these meetings, allowing for an increased understanding of the ocean issues at hand. The ‘nauts woke up bright and early Wednesday morning to visit the Indonesian Embassy, establishing friendships with other students via video conferencing. Following this meeting, the ‘nauts were filled physically and mentally while discussing ocean topics over lunch with award-winning author Alanna Mitchell. They later met with the Legislative Assistants of Representative John W. Olver, Senator John Kerry, and Representative C.W. Bill Young.  The ‘nauts also had the opportunity to convene with Florida Senator Marco Rubio! Thursday morning was spent at a panel discussion of the current and future states of marine fisheries, which was followed by a meet and greet with Dr. Daniel Pauly, Professor of Fisheries and Zoology at the UBC Fisheries Centre. The ‘nauts later spent time video-conferencing with an Australian snorkel club, sharing passions and learning more about our vast ocean via skype. During free time, the desire for knowledge combined with intrigue of the city took over, and the ‘nauts toured D.C., which included a visit to the United States Capitol Building.

﻿﻿I am at CHOW right now! I can not explain how much fun that I am having and all the experiences that I get to be a part of like speaking with the Indonesian students, as well as the students from Australia. I also enjoyed the dinner on Tuesday night and meeting the senators and all the staffers. The metro was cool and easy to use after a couple of go-rounds. Colin and I also did the flight simulator at the Smithsonian: air and space museum. He ATTEMPTED to fly but all we really did is hang upside down. I still don’t understand how we managed to shoot down four planes. I also enjoyed listening to Dr. Pauly and getting to talk to him after the marine fisheries panel. It was a blast and I hope to do it again next year.
~Tyler Harder, Tarpon Springs Chapter

CHOW in one word to explain it, AWESOME!!!! The first day (Tuesday June 7, 2011) in Washington D.C. was amazing. We went to the dinner and it was great. The speakers were very interesting. The second day (Wednesday 8, 2011) all of the SCUBAnauts went to the Indonesian Embassy. We talked to the Indonesian students in Indonesia. We told them about SCUBAnauts and what we do. They explained their school to us, and projects that have been working on. They were very nice, and speak very good English. We then met Senators and their staffers. We all talked to them about what we are interested in, such as global warming and fisheries. The third day (Wednesday June 9, 2011), we went to a panel meeting. This was mostly about fisheries and the effects on the fisheries. After that panel meeting we talked to Dr. Pauly about the international fisheries. He was a very interesting guy. After this I was able to go to the Zoo and see a ton of animals. We also talked to students in Australia. Over all, this trip was a great experience.
~Sofia Alaniz, Tarpon Springs Chapter

This is the first trip that I have taken with the SCUBAnauts, and it has been amazing. Although there were many things that we have done, and many people that we have met, I want to talk about Washington D.C.  It is the first time I have ever visited, so I did not know what to expect. To describe D.C., I would have to say it is a mixture of old buildings meets new buildings. The people in Washington D.C. are very interesting. People in cars are not very friendly, horns and sirens are constantly heard in the distance. In my opinion, people in D.C. are nicely dressed. Also, the metro was dark yet really cool. It was easy transportation and very fast. We walked everywhere, like to the Capitol building, which was awesome. The big dome in the middle was beautiful, I was amazed! Some other places that amazed me were the Washington Monument and the Vietnam Memorial. Although it was EXTREMELY hot outside, I still enjoyed walking and seeing all the amazing sites. Over all, Washington D.C. is an awesome place, and being with the SCUBAnauts made it even more enjoyable.

This is my first CHOW and one of the first big experiences that I have had as a member of SCUBAnauts, since I am one of the newest members within my chapter. I am so glad that I was invited to come to this event, I have been learning and have had many opportunities that I would not have had if I were not a member of this organization. We skyped with students from across the world, in both Indonesia and Australia, discussing things such as methods of conservation and programs for ecological activism. We also met the members of Congress from both the Senate and the House and presented concerns we had for environmental issues within our respective states. In addition, we had an opportunity to sit in on a presentation discussing the current state of fisheries, which was delivered by a board of experts. We also had an opportunity to meet and talk with the higher-ups of the NOAA. It truly was a great opportunity that I thoroughly enjoyed, and that I would not have had if I had not had been a member of this organization.
~Jeremy Koch, Tarpon Springs Chapter
Compiled by Julienne Brown.