We are so proud of our Senior Naut Cole! 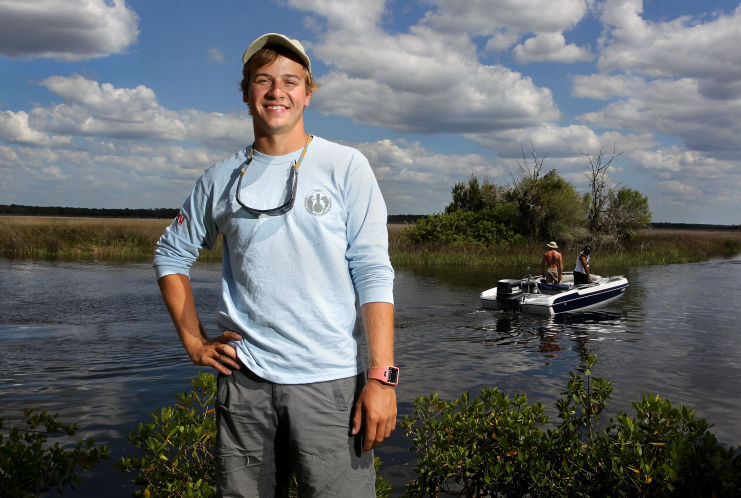 This underwater ridge, a dozen miles west of Bayport, supported one of the rarest life forms in this part of the Gulf of Mexico, one usually associated with crystal tropical water and schools of angelfish, one that Cole, who is set to graduate from Hernando High School on Saturday, has already built a national reputation for studying:

Marine biologists at the University of South Florida doubted its existence in these waters until Cole showed them the proof, Keith said. And Jim Cassick, a dive master, a boat captain and the president and chief executive officer of the organization with which Cole did much of his research, SCUBAnauts International, said that until he heard it from the Kolasas he was also unaware that coral grew so far north.

“Cole is one of our superstars,” Cassick said. “He’s talking about something that nobody knows about, and he’s been studying it for close to a decade even though he’s only 18.”

Cole has twice appeared on panels of young scientists at the National Marine Sanctuary Foundation’s Capitol Hill Ocean Week, and has presented his research at a conference of the American Academy of Underwater Scientists.

He not only has a college reference letter from an assistant administrator at the National Oceanic and Atmospheric Administration, Craig N. McLean, but it’s a glowing one:

“(Cole) has astounded the marine science community … with his independent research and love for the ocean.”

Check out the rest of the article here:  http://www.tampabay.com/news/